Besides representing Catania city center, the Duomo Square also is a place of the city where you can admire a great number of Catania symbols. Let’s discover it together!

Situated in the Catania city center, the Duomo Square is a concentration of the monuments that a first-time visitor of the city must absolutely see! The Square is in the intersection of Etnea Street, Garibaldi Street and Vittorio Emanuele Street, and it houses what represents the symbol of Catania since 1239: the Elefant statue, also called “u Liotru” by locals.

The basalt statue that represents the Elephant has an uncertain and legendary origin related to the mysterious figure of the bishop Eliodoro. It is on the top of the famous fountain that was built in the very centre of the Square by the palermitan architect Vaccarini between 1735 and 1737.

The Elephant looks at the front of St Agatha Cathedral, the “Duomo” of the city. The cathedral is dedicated to the namesake virgin and martyr patron saint, whose relics are kept in the church. It was built between the 1086 and the 1094 on the ruins of the Baths of Achille ( Terme Achilleane) and it is the result of a mix of different architectural styles : the Norman one, the Suevian one and the Baroque one. During the centuries, the Cathedral changed a lot and was rebuilt several times, mainly because of the earthquakes that damaged the city. The 18th century front of the building is a perfect example of Sicilian Baroque style and was designed by Gian Battista Vaccarini.

Moreover, Saint Agatha Cathedral provides an evidence of the different domination that occurred during the history of Catania and characterized it : it is definitely a stop you can’t miss if you want to know everything about the city!

On the north of the Square you can admire the 17th century Elephants Palace (Palazzo degli Elefanti), which is today the local municipal building. The building is the result of the works of many architects, such as, again, Vaccarini and the polish Stefano Ittar, who played a key role for Catania architecture.

In front of the Elephants Palace, there is the Amenano Fountain: built in the 1867 by the Neapolitan Tito Angelini, the statue stands for a personification of the river Amenano in the shape of a young man who holds a cornucopia from which water flows. This water pours in a tank and then falls “a linzolu” (like a bed sheet, as locals say) right in the river Amenano, that flows under Duomo Square.

THE PALACE OF THE SEMINARY OF THE CLERICS (PALAZZO DEI CHIERICI)

Uzeda Door is the south exit of Duomo Square. It was built in 1695 for the will of the duke of Camastra and was dedicated to the Spanish viceroy of that time, the duke Paceco of Uzeda. The monument breaches the ancient walls of the city and links Palace of the Seminary of the Clerics to the Diocesan Museum. Moreover, Uzeda Door overlooks to the historic Dusmet Street, where the “Archi della Marina” are.

As you can see, there is a lot to visit in Duomo Square, but this is only a few in comparison to the many beauties that the Catania city center will offer you! 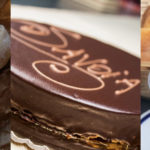 10 typical desserts and sweets in Catania 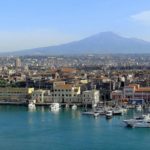 When to visit Catania: a city for every season 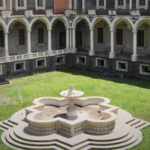 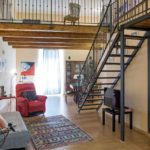 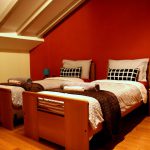 You can find out more about which cookies we are using or switch them off in settings.

This website uses cookies so that we can provide you with the best user experience possible. Cookie information is stored in your browser and performs functions such as recognising you when you return to our website and helping our team to understand which sections of the website you find most interesting and useful.

You can adjust all of your cookie settings by navigating the tabs on the left hand side.

Strictly Necessary Cookie should be enabled at all times so that we can save your preferences for cookie settings.

If you disable this cookie, we will not be able to save your preferences. This means that every time you visit this website you will need to enable or disable cookies again.

This website uses Google Analytics to collect anonymous information such as the number of visitors to the site, and the most popular pages.